Morning in the Garden and Willow Creation

Wednesday morning I got to play in the garden for about an hour before I was off for the morning. I walked through the garden taking pitures of the flowers that are starting to bloom and here are just a couple of the blooms.

This is a small iris. They were so pretty with the dew drops on them. 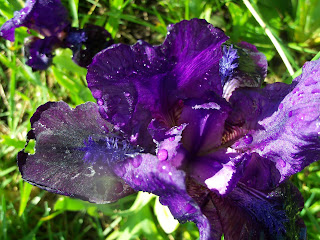 A good friend Linda gave me a bunch of Solomon's Seal last year and they are blooming so well. 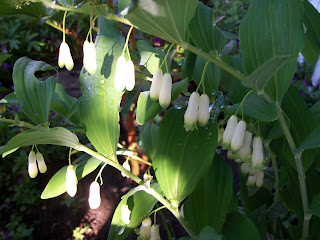 This was a plant I bought at the Master Gardener's Plant Sale this year. The name of it is on a tag in the next picture. 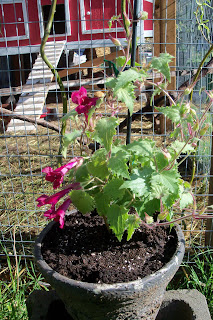 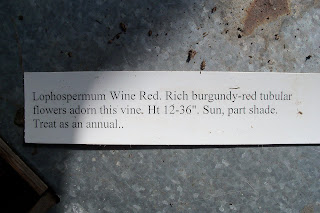 This next picture is my new willow creation that my brother Randy made me. It's sitting in front of the chicken run and it has a tub with sweet peas, basil and lemon verbena planted in it. I love it. We had such a good time making it together. 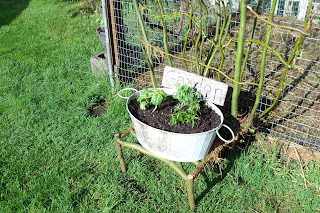 Here it is sitting in the middle of the grass with two bunnies. 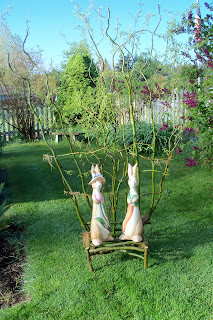 Here's a better shot of it. The girls were all in a twit over it being in front of their space. They soon got over it. Just more to look at. 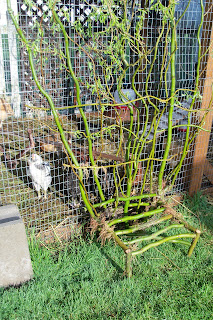 We've had some great days that have been wonderful for being out in. The beds are getting weeded and everything is starting to bloom.

I recieved my "Mennonite Girls Can Cook" cookbook today and have hardly been able to put it down. It has many great recipes and the stories from all the girls are heartwarming. If you've never gone to their blog before, there is a link on my sidebar.

I am waiting for my daughter Sarah to come and pick me up and we are going to go the the "Junk Salvation" show tonight. Our friend Tinell has a booth there with one of her friends and we will find lots of vintage items.

I hope all of you had a great Mother's Day. I know I did. Two of my three children were here to celebrate with me and my husband b-b-cued and they all made me feel really special. My oldest daughter called early in the morning to wish me a Happy Mother's Day.

I know it's been awhile since I was on here so here goes with some catching up. This is my son Chris holding Wilma/Wilmer. We're not sure yet if she's a she or a he. We'll know if she starts crowing. Chris really likes the chickens and checks on them almost daily. 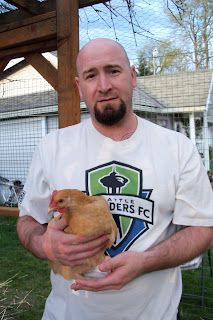 Here some of them are with me in the run. Every time I go near them they all come running to see if I have brought them anything to eat. The great thing is that whenever I weed I just throw everything into the run and they get to go through it and pick and scratch whatever they want. Then I will take it all out and put it in the compost pile and it will make great compost. It's a win-win deal! 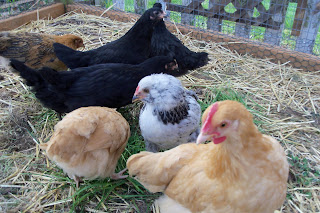 Here is our grandson Landen holding Laverne or Shirley. He really likes them too. Just like his dad, who when he was about 2 1/2, we went to see my mom and step-dad who lived on a walnut ranch. They had chickens and Chris decided he wanted to hold one. He went out into the chicken yard with just his shorts and some cowboy boots on and chased them until he caught one. He had a scratch on his chest and the biggest grin on his face. He was so thrilled that he had one. 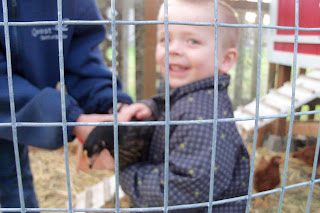 This is our granddaughter Hailey who likes the chickens also. She is a very beautiful girl and we love her dearly. That day she happened to be wearing a pretty blue flowered raincoat. 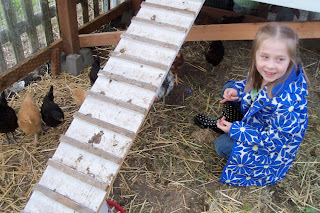 I was going to have pictures of the plant exchange that I had on Saturday but the computer says it can't find my picture program. It can however find the pictures that are already on the computer. I want to thank Karen, Carla, Donna, Carla, Denise, Janet, Betty, Linda, Sharon, Yvonne, Paige and Sarah for all coming and making it a great time. Even though it rained during the garden tour there were many great plants here and a fun time was had by all. Leanne, we really missed you.

I have a bigger garden area and Mark has tilled up a new border for me that is 40 or 50 feet long. I was able to fill it with plants from the plant exchange and from other places in my existing borders.

Last but not least I will not complain about the weather or anything else when I see the devastation from back East with the tornadoes and the flooding that's going on and the drought that Texas is having. So we are having a cool and wet spring. I can deal with that when I still have my home and family. We're so blessed here not to have to deal with those events. Robin over at "Robins's Nesting Place" has some very good posts on what's been going on in some places. My heart goes out to all of them. So I count my blessings and will not complain about a little cool weather.

I hope you are all having a good week and I will say tata for now. 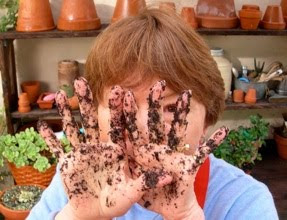 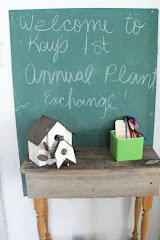 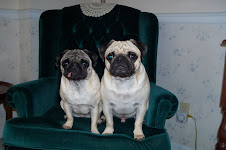 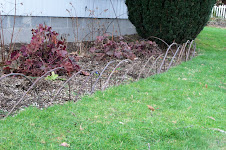 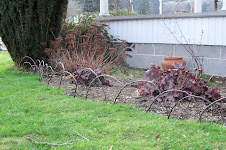 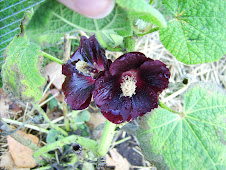 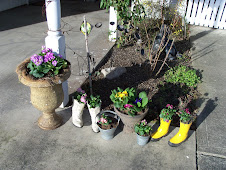 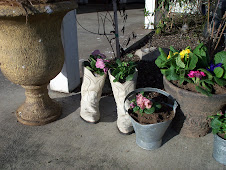 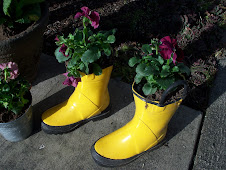 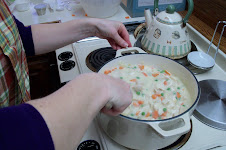 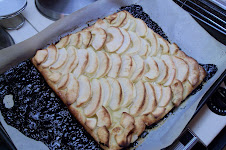 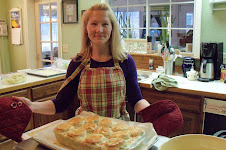 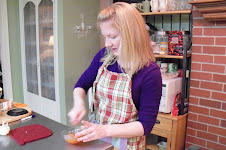 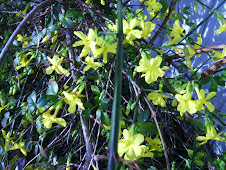 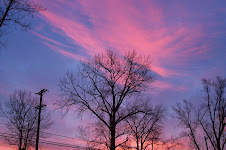 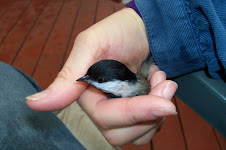